Geoffrey Van Orden was awarded the honorary degree Doctor Honoris Causa of Burgas Free University (19.04.2007) for his outstanding contribution to the process of accession of Bulgaria to the European Union.

Van Orden was born in Waterlooville, Hampshire in 1945. He attended the Mons Officer Cadet School and was commissioned into the Intelligence Corps in 1964. He served worldwide as part of the British Army from 1964 to 1985. In 1985 he became an instructor at the German Armed Forces Staff College in Hamburg (1985–88) and was later the Chief of Staff of the British Army in the British sector of Berlin (1988–90). In 1990 he worked as part of the Assessment Staff for the Joint Intelligence Committee in London. From 1991 to 1994 he served as the Executive Secretary of International Military Staff at the NATO headquarters in Brussels, his final military appointment. 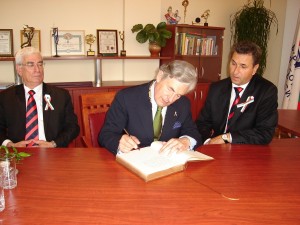 In 1995 he was appointed as a senior official in the European Commission for foreign and security policy issues. He held this post until 1999, when he was elected as a Member of the European Parliament for the Conservative Party. 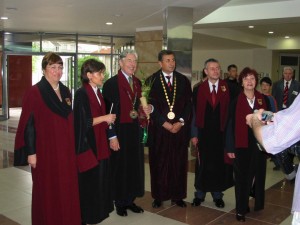