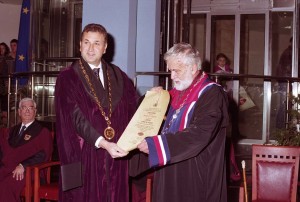 Lyubomir Levchev was awarded the honorary degree of Doctor Honoris Causa of Burgas Free University by the Aacademic Council on 12.05.2006 for his outstanding contribution to the development of Bulgarian literature and preservation of Bulgarian national spirit and culture. 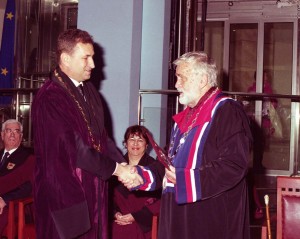 Lyubomir Levchev was born on 27 April 1935 in the town of Troyan. He is a graduate of Sofia University, Faculty of Philosophy. Since 1991 he is the editor and owner of a publishing house and the international magazine “Orpheus”. His first book was published in 1957 and during the years he has published more than 20 books with poetry, as well as several novels. About 60 of his books are issued in 33 countries, translated into English, French, Spanish, Russian, German, Italian, Swedish, Arab, etc.

Lyubomir Levchev was the first Deputy Minister for Culture of Bulgaria (1975-1979), a Chairman of the Union of Bulgarian Writers (1979-1989), and Editor-in-Chief of the literary newspaper ‘Literaturen Front’. He is a member of the European Academy of Science, Art, and Culture - Paris, and the European Academy of Poetry - Luxembourg. His many international awards include the Gold Medal for Poetry of the French Academy and the honorary title of ‘Knight of Poetry’ from the French Government. 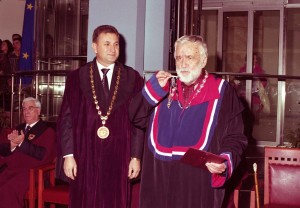 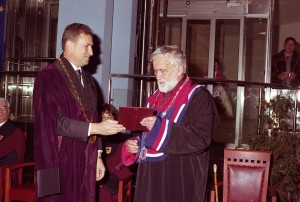 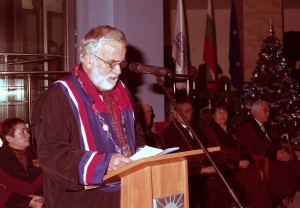